On Tuesday 5th March 2019, the Lord-Lieutenant of Ayrshire, Sheriff Iona McDonald presented Professor Danny Gorman with his insignia as an officer of the Order of the British Empire (OBE).  The ceremony took place at Grange Academy, Kilmarnock as part of an evening with the Kilmarnock Engineering and Science Society (KESS).

Professor Gorman was awarded the OBE as part of the New Year’s Honours List.  In presenting the medal, the Lord-Lieutenant highlighted Danny’s work in Kilmarnock and East Ayrshire promoting education in science, technology, engineering and mathematics (STEM) in local schools and the community.  The award recognises, in particular, that as a result of his energy many children in disadvantaged communities and remote rural areas have benefitted from access to additional resources with Danny securing them additional funding.  Through his leadership of KESS, many world class speakers from the worlds of science and engineering have come to Kilmarnock to describe the latest developments in their field.

In receiving the honour, Professor Gorman said, “I am really thrilled about this recognition which is shared by the members of KESS who have given their unstinting support to our work with young people.  It would not have been possible without the support of my wife, Dr June Neilson, and my family.” 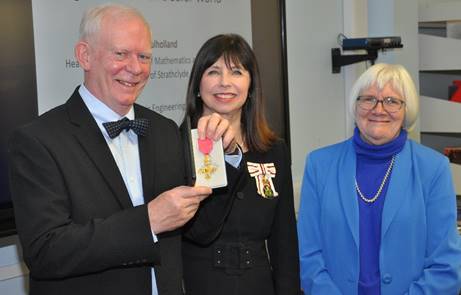 Some other pictures taken at the meeting 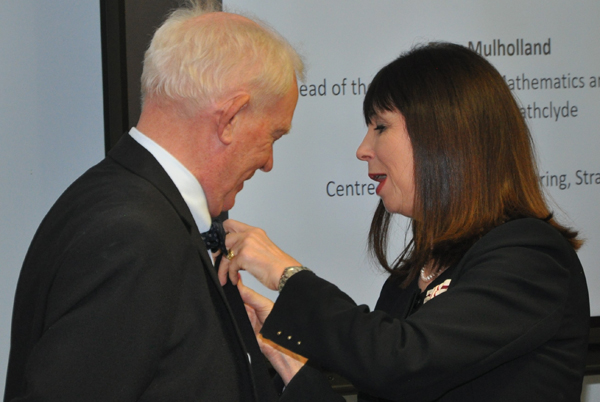 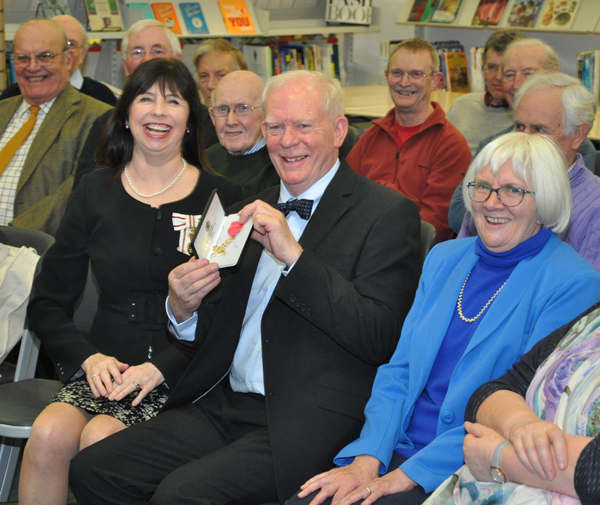 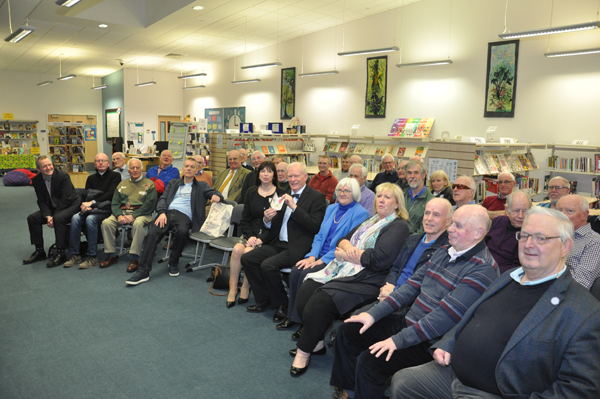 The Society has enjoyed a long and beneficial association with Willowbank School. Over the past four years we have organised many science fairs and special events. In 2018 we decided to, each year, award a special prize to a pupil whom the School judged to have excelled in science.

This year the prize was awarded to Valo Douglas for enthusiasm and participation in science activities. The prize took the form of a framed certificate and gift voucher.

The Society congratulates Valo on his achievement and we wish him every success for the future.

Honorary Life Membership awarded to Dr Carol Marsh, Firmware and Digital Technical Manager, Leonardo.
At our meeting on the 6th of March 2018, after her lecture entitled “The Future of  Electronics”, Honorary Life Membership of the Society (KESS) was awarded to Dr Carol Marsh for her achievements in her field and outstanding support for the Society since its founding in 2012. She is the fourth  person to be awarded such an honour, the others being Professors Colin McInnes, Martin Hendry and Liz Tanner all of Glasgow University. Carol is the manager for a team of approximately 100 Firmware, Digital and PCB layout engineers. She is responsible for setting the strategy, managing resources, developing the engineers, managing tools and for ensuring that all complex electronic designs follow a Civil Aviation compliant process.

In 2011 Carol was awarded the degree of Doctor of Engineering in System Level Integration (EngD) from the Universities of Glasgow, Edinburgh, Heriot-Watt and Strathclyde. She is the winner of 3 technical awards: Elektra Student Engineer of the Year, IET Innovation and NMI Emerging Technology and 4 awards for her work inspiring women in engineering: FDM Everywoman Inspiration Award, WES Gillian Skinner Award, WES Isabel Hardwich Medal and the International Women Leadership Achievement Award.

Carol is a Fellow of the Institution of Engineering and Technology, Past President of the Women’s Engineering Society, a Professional Registration Advisor and Interviewer and a STEM Ambassador.